In a previous article, we looked at the rather unpleasant and extremely difficult situation of the United States, and its role in the growing crisis phenomenon that covers the whole world. But the crisis usually has different sources – and the current situation is no exception. Let's take a break from the New World and turn to the Old Light, the ancestor of many of the problems that the United States has taken over. 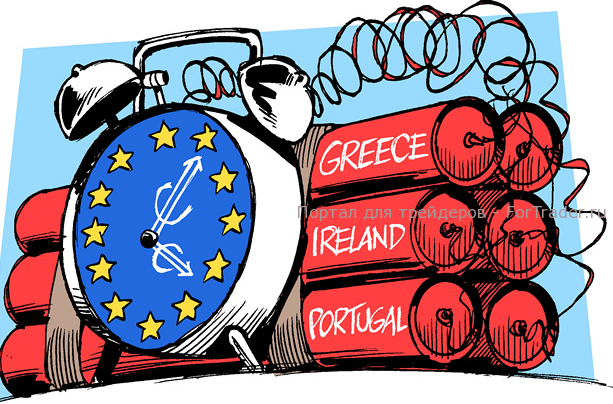 More articles on the financial crisis

Europe is a truly controversial region. The oldest area of the conventional concept of modern civilization, it has long experienced problems, both economic, political and social. Perhaps many problems could have been avoided if the Europeans had not taken such contradictory decisions in all of these aspects. Let's look at their actions and see what impact this has on destabilization in the world.

In Europe today there are several separate "poles", each of which acts independently, contributing to the general discord at least at the level of the region. The following lines of interaction within Europe can be defined: Germany – Great Britain, Russia – EU – Great Britain – USA, EU – "weak links."

As Professor Preobrazhensky once said in M. Bulgakov's novel "The Dog's Heart": "the devastation is not in the clozets, but in the heads." The same is fair to say about the crisis. After all, the economic crisis is only consequences. And the reasons should be sought in other areas, such as politics.

Let's start with the obvious: the formation of "weak links" in the EU. Weak links we can include those countries of the Union, whose GDP is less or zero, or aspires to this value: Greece, Cyprus, Spain, Portugal, Ireland. The EU actively fights against internal problems, trying to find solutions to economic issues in these countries – by sanitizing the economy by the ECB, by changing the tax system, by persuasion, sometimes through open interventions. After all, as long as the EU remains so, it has the largest aggregate GDP in the world, shifting to 2nd place even the United States (meaning quantitative indicator, not the rate of growth in annual terms). However, the phenomenal problems of weak links can only be compared with their phenomenal short-sightedness, because the source of the problems is in the absence of the national currency. It turns out that their problem is called "Euro."

The absence of a national currency does not allow any of these countries to devalue, which is necessary in some cases. Moreover, it is the single currency that makes it almost impossible to track and control inflation. Both lead the country to full and direct dependence on sanctions by the Central Bank of the EU, which is controlled by only one country – Germany.

In general, looking at what is happening in Europe, it begins to give the impression that Germany benefits from the plight of a number of countries within the European Union. This distracts other allies from what is happening inside Germany, because it can rightly be considered the most economically developed country in the region, and is, in fact, the treasurer. It is convenient enough to solve one's own problems at the expense of the EU, without attracting the attention of the EU and pretending that its main purpose is to care for the EU members.

For reference: when the euro was introduced, the production of the new currency fell on almost all the countries of the union, but not for all the exchange of the euro for the national currency was beneficial. It is enough to remember how difficult it was for Italy, which was moving from tens of thousands to one. But for Germany, the exchange was almost painless and in one of the most advantageous ratios (less than 1:1,5).

Of course, it is difficult to prove directly that Germany insisted on entering the euro for any selfish purposes. But let's add up the facts: the single currency, which more divides than unites the countries of Europe, and drives the economy into a certain dependence on each other and more from the most developed countries of Europe (Germany, France), because they mainly affect the situation of the euro. And now we add to this the German treasury (i.e. the greatest weight in decision-making on sanitization). It turns out that one country slowly and systematically towers over the rest. In fact, it can be called war, but not hot or cold, and not even economic. This is a "debt" war.

Germany and Great Britain: the shadows of imperial ambition

It is in this vein that the next plane of contradictions can be considered: the relationship between Germany and Great Britain. It turns out a rather interesting picture: we have approximate parity between the lines of Germany and the United Kingdom, because the UK is the largest and oldest partner of the United States in the European region.

Relations between Germany and Great Britain have never been good. Probably, both countries were initially hindered by imperial ambitions, aimed, however, in different directions – Germany focused on Europe, and Great Britain on the more distant regions-colonies. At some point, both countries were roughly within the same framework, either without colonies and without conquests (at the time of the mid-20th century). The situation escalated in the late 1980s, when it became clear that Germany would once again become united and gain huge economic potential, and Russia would be much further than it was before (the loss of the police department countries at the collapse of the SOVIET Union). But how to divide the newly reunited Europe?

From Germany's point of view, the issue is resolved quite simply- and we are now seeing how exactly this is implemented. The same situation forced the UK to make a difficult decision: it could no longer participate in the new "division" of Europe, because it was economically inferior and inferior to Germany. The "debt" war for Great Britain is almost impossible because of its location and the peculiarities of the financial system. The only thing left is not to accept the euro as a currency, preserving the national currency and its financial and economic independence. Once again, to engage an old enemy, which has become a new strategic partner – the United States.

A tangle of contradictions

Smoothly axis of confrontation between European powers gets new participants, going even beyond the continent – it joins the United States. But for such a significant participant in the conflict it was necessary to find a counterbalance. The successor of the USSR, Russia, became a logical one. The fact that Europe continues to consume Russian resources does not make Russia a strategic partner of Europe, only causes further irritation among Europeans. But as a counterweight to the United States, our country is best suited both politically and militarily.

It turns out that Europe is a tangle of contradictions. On the one hand, Germany is slowly and systematically destroying the economies of other European countries. On the other hand, Great Britain, which "is taking litter out of the hut" and hoping for the United States in its endless confrontation with Germany and Russia. Plus, Russia with its desire to expand the market of non-infinite resources and strengthen influence in Europe. An economy that mixes with politics and destabilizes the entire region. But the main thing is the reluctance to see a different outcome on each side.

Perhaps, the Europeans have already erased from memory the old Roman aphorism "victi vincimus" – "conquered win." Victory in this confrontation will not be a triumph, it will be only a new round of the world crisis. Not just financial, not just economic. But the crisis is social.